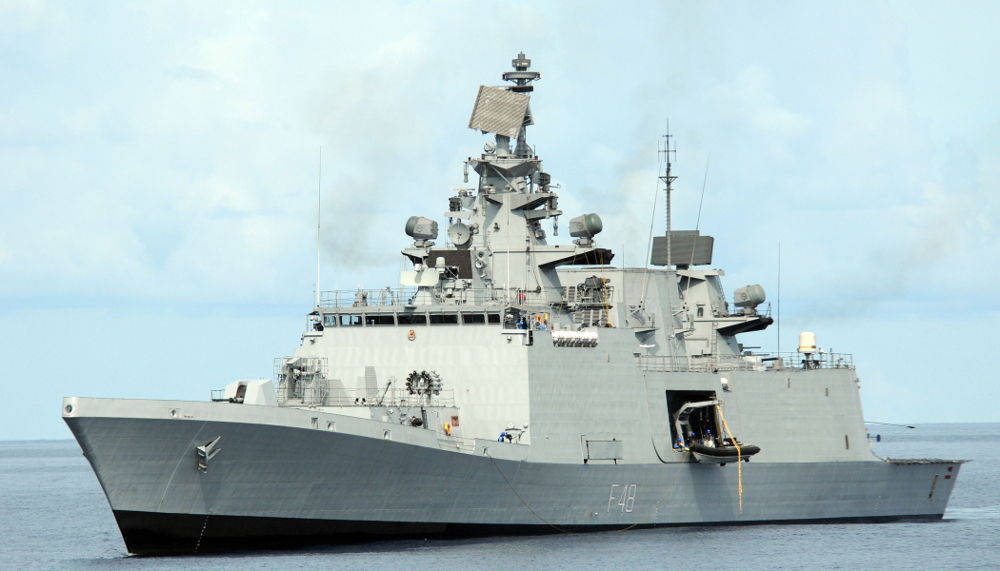 In pursuance of India’s Act East Policy and demonstration of India’s commitment to peace and prosperity of Indo-Pacific region, Indian Naval ship Satpura arrived at Hawaii on 30 Jun 2016 to participate in the 25th edition of Exercise RIMPAC.

Exercise RIMPAC is the largest multilateral naval exercise in the world and is held biennially in the Western Pacific Ocean. Indian Navy’s association with Ex RIMPAC commenced with participation as an ‘Observer’ in 2006, 2010 and 2012. In 2014, Indian Naval participation was enhanced with deployment of Indian Naval ship Sahyadri in the 24th edition of the exercise. The current edition of the exercise is scheduled off Hawaii from 30 June - 04 August 16 and is likely to be attended by 27 countries.

Indian Naval participation in Ex RIMPAC-16 provides a platform for multilateral operational interactions aimed at increased interoperability and development of common understanding of procedures for maritime security operations. The professional exchanges in harbour and diverse range of activities at sea, including complex surface, sub-surface and air operations would enable sharing of best practices and honing of operational skills.

Indian Naval ship Satpura, an indigenously built guided missile stealth frigate, part of the Eastern Fleet, will participate in the exercise. At the helm of the ship is the Commanding Officer, Captain A N Pramod who is assisted by a team of professional and highly motivated men of the Indian Navy.

Participation in Ex RIMPAC–16 is another significant milestone in Indian Navy’s efforts towards, strengthening mutual confidence and inter-operability, as well as sharing of best practices with other navies of the region. Indian Navy’s participation in the exercise will support maritime security in the Indo-Pacific region, and contribute to peace and stability of the global commons.