In a demonstration of India’s commitment to peace and prosperity of the Indo-Pacific region and Indian Navy’s increasing footprint and operational reach, Indian Naval Ship Satpura arrived at Port Majuro on a two day visit, for an operational turn around as part of its deployment to the Western Pacific Ocean. The ship is enroute to India after participation in Exercise RIMPAC-16, which is the largest multilateral naval exercise in the world, conducted biennially by the US Navy off the Hawaiian Coast. 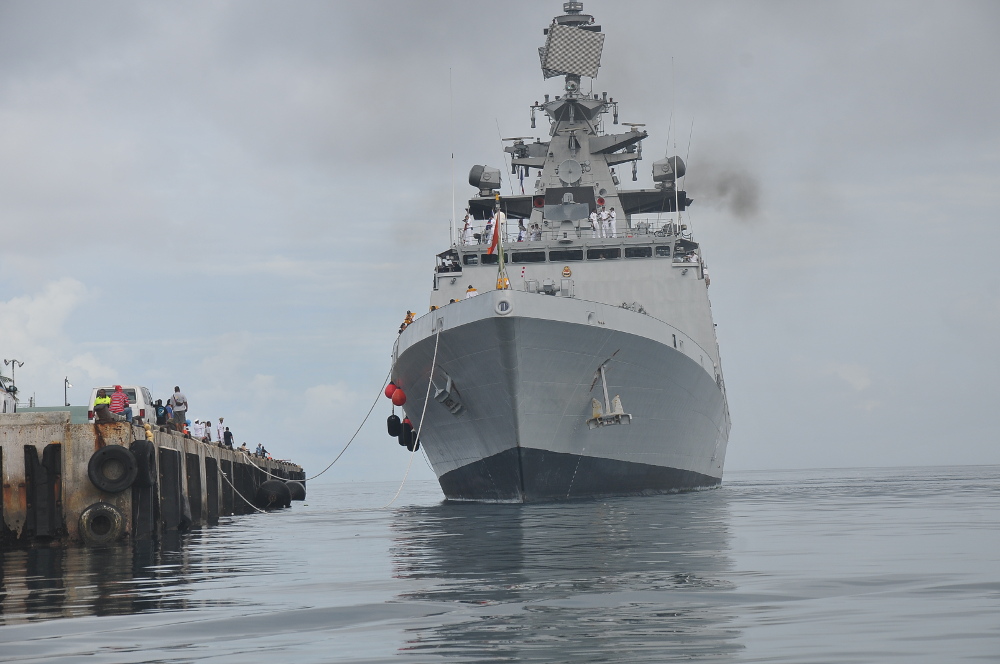 During the visit, Indian Naval personnel will have professional interaction with the Republic of Marshall Islands police forces, towards further enhancing co-operation between the two countries. Calls on senior Government and military authorities, sporting and cultural interactions, aimed at strengthening ties and mutual understanding between the two countries, are also planned. At the helm of the ship is the Commanding Officer, Captain A N Pramod who is assisted by a team of professional and highly motivated men of the Indian Navy. 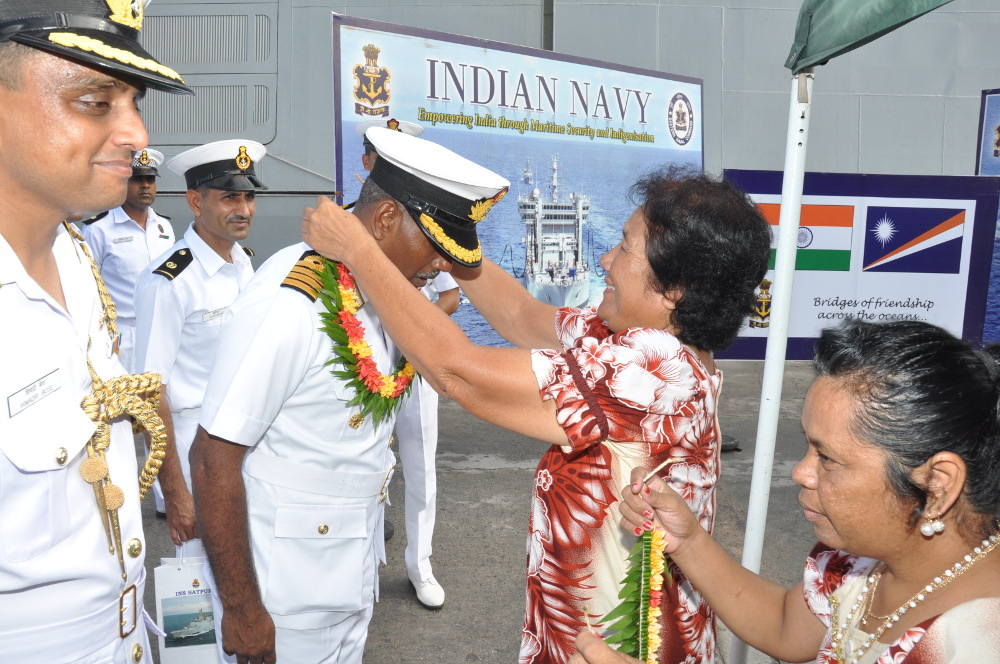 Bilateral relations between India and Republic of Marshall Islands have developed over the years through bilateral visits and interactions at various international forums. Republic of Marshall Islands voted in favour of India’s non-permanent seat of the UNSC for the year 2011-12 and also supported the G-4 short resolution on UNSC reforms. India is engaged in capacity building and human resource development of the Island nation, especially in education and health sector, through the Indian Technical and Economic Cooperation (ITEC) programme.  The current visit, the first ever by an Indian Ship, seeks to further build on the growing bilateral interaction, and underscore the close ties between India and the Republic of Marshall Islands. 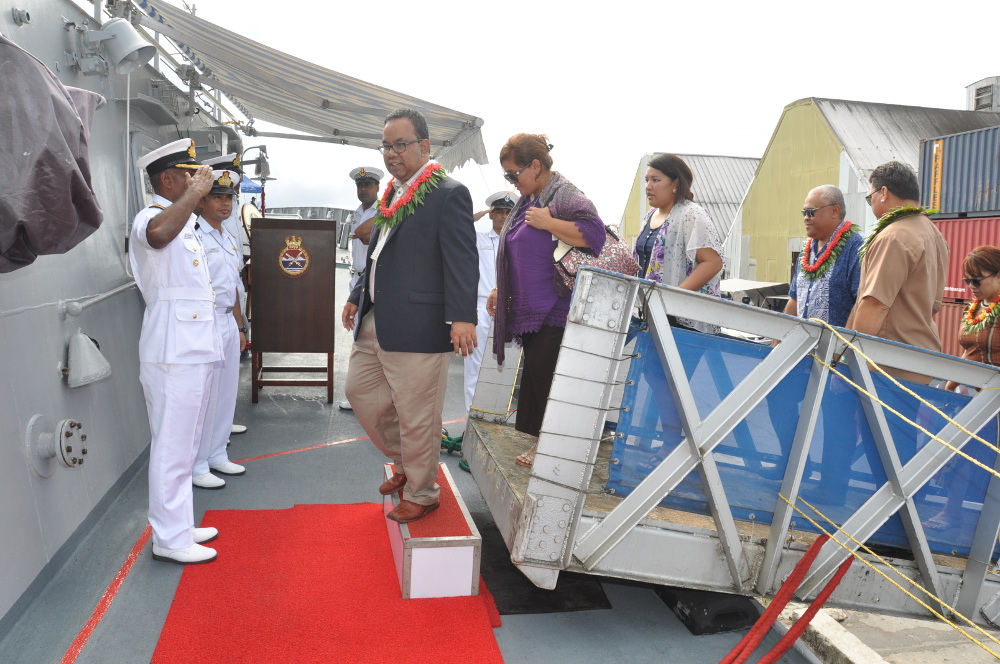